Wow, well what a month it has been!!

Our trip to Europe encompassed France, UK and Ibiza, culminating in the launch of eXhale at Lamuella Ibiza on the 12th September.

Although the use of androids, tablets and endless phone beeps can get a bit much for me at times, in truth, the growth of technology has been such an amazing thing. During our trip, Vivek and I got to experience what it was like to take his studio on the road. Armed with his mac book, sound card, mini keyboard and microphone he seemed to manage to be able to set his studio up just about anywhere, from a long train ride, to my sisters bedroom (where he cheated just a little by borrowing a spare television to create a second screen) to the confines of the ‘pod’ in the Ibiza campsite where we stayed.

[For any of you that have never heard of a ‘pod’ it is a small round wooden structure that seems to be springing up in campsites all over Europe. Looks like a little “Hobbit” village]

The main bulk of the music for Sandeep Mohan’s feature film, Shreelancer, and our promotional video all got finished in my sister’s bedroom before we left for Ibiza. (If you haven’t seen the video yet, you can find it on our youtube page)

From the moment we arrived on the Spanish island our attention was focused on the launch. As so often happens, original plans did not come to fruition and we experienced a last minute change of venue, plus our CD’s and backdrop were stuck in Madrid by Spanish customs (we had posted them to Ibiza from Goa). Experiencing the need to take quite a few deep breaths and trust that when things go wrong there is always something better around the corner, we were rewarded with the usual magic and synchronicity that ensured we would get everything we needed.

Massive thank you to DJ Jossie Avrats and the three different people that independently pointed us in the direction of LaMuella, and also to Trudy West for doing such a fab job and for being available (even though she thought she would not be) to Russ Morgan for the loan of the drums (even though this is something he would not normally do) to Dan Booth, who happened to say, ‘why don’t you just take my mixer in case you need it’ (which of course we did) to Annemeike for managing to get our CD’s released in time (our backdrops never arrived, but we are hoping Spanish customs are now decorating their offices with details of a brilliant new album called eXhale!).

I could go on and on with the list of magic. However, the biggest thank you really needs to go to Vivek (as well as to the universe for bringing us together!!). Really none of it would have been possible without him. Even though it was his first time in Europe, he chose to focus on the launch over the delights of Ibiza (which is not something many people manage to do!). His dedication came shining through with a seamless performance on the night (plus he is now very familiar with what it is like to work in the inside of a ‘pod’!)

Breathe, step back, visualize how I would like to feel and trust that everything will fall into place. ‘eXhale’ and watch it all unfold in a new and beautiful way. 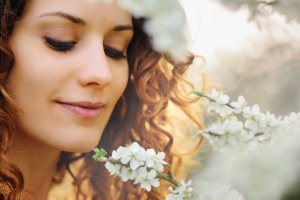